This article tries to articulate my understanding of C++ memory and ordering model. I learned this by reading the book “C++ Concurrency in Action” and found the examples pretty helpful.

If time permitted, I might write more about this (as you see (1) in the title!). Let’s assume all the variables we talk about bellowing is some type of std::atomic<T>.

The synchronize-with relationship is something you can get only between operations on atomic types.

As what we we can guess from the name, from the strongest to the weakest: Sequential Ordering > Acquire-Release Ordering > Relaxed Ordering

One small trick is to differentiate the logic sequence vs. the one global truth. That is, once a value is written, reader must see that does not necessarily mean program will generate that v1,v2 sequence, because you cannot control reader is scheduled to be run exactly after writer’s writing. So when we see one example, it’s a good idea to work with these invariant to generate test cases; walk though and see if some result is possible.

Here is two good examples to guide through the understanding of these three ordering levels. 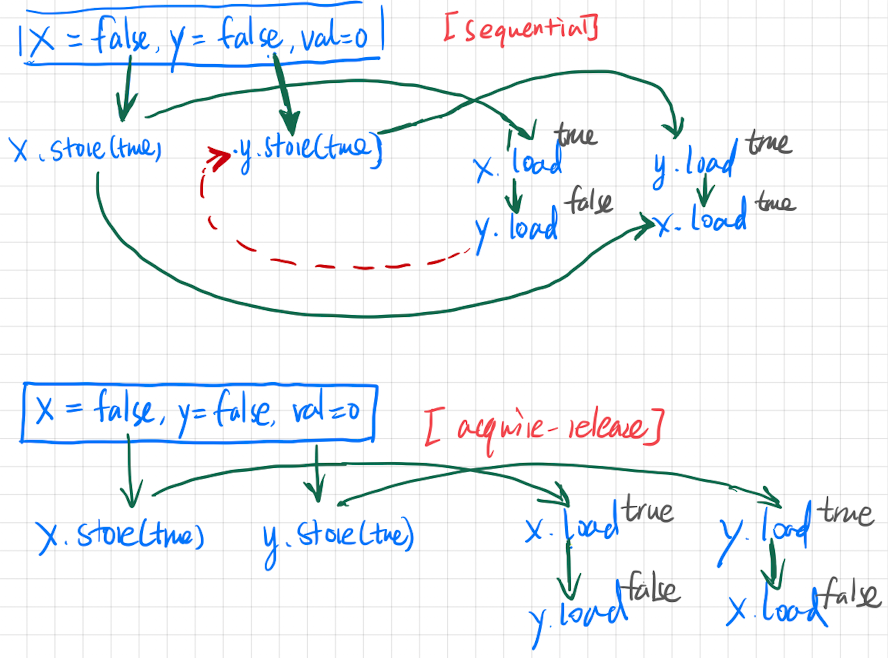 Finally, thanks @lyf for pushing this to be public. :)